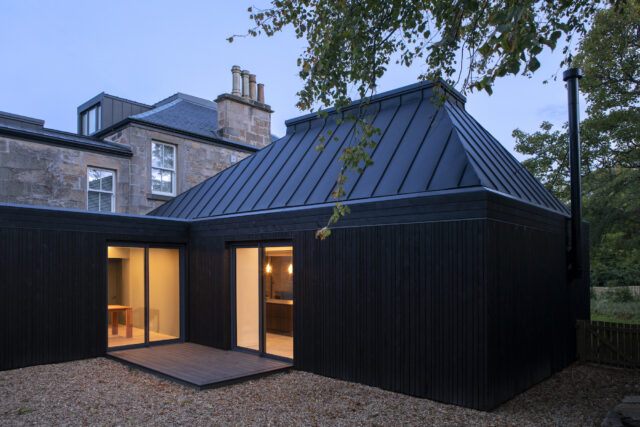 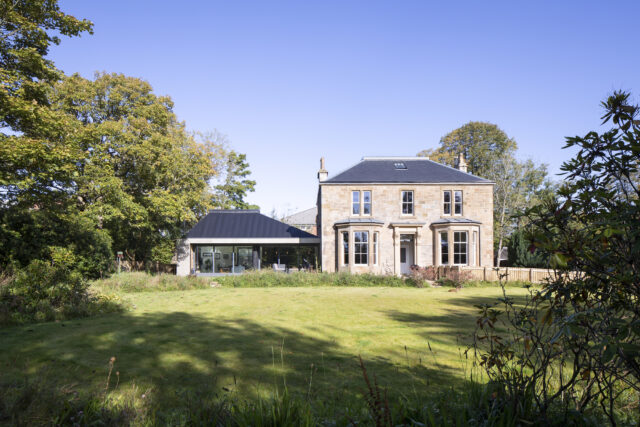 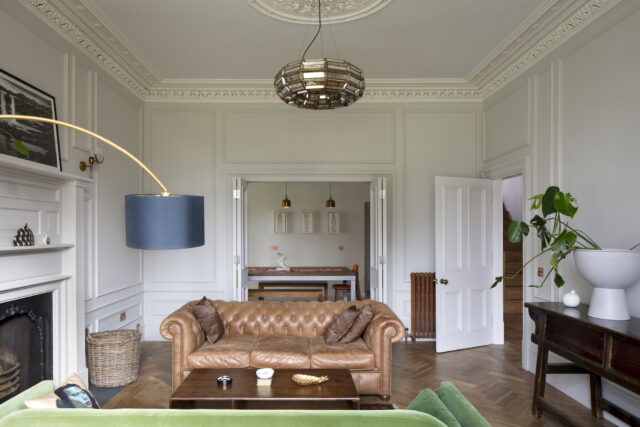 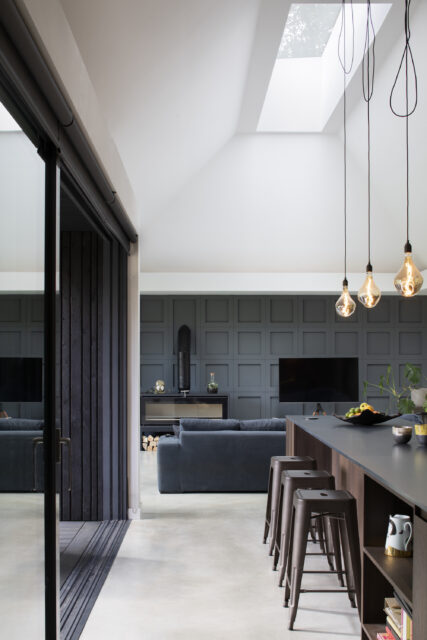 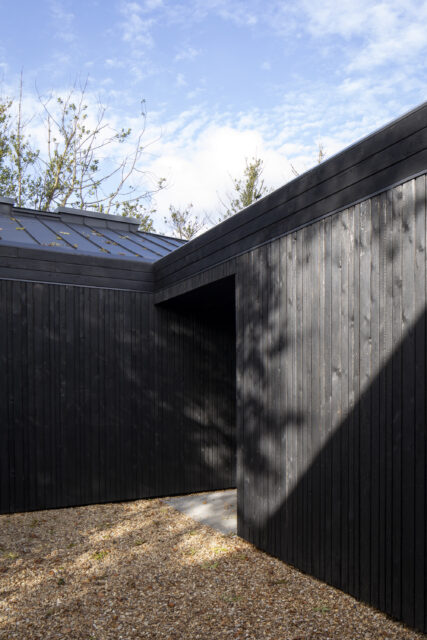 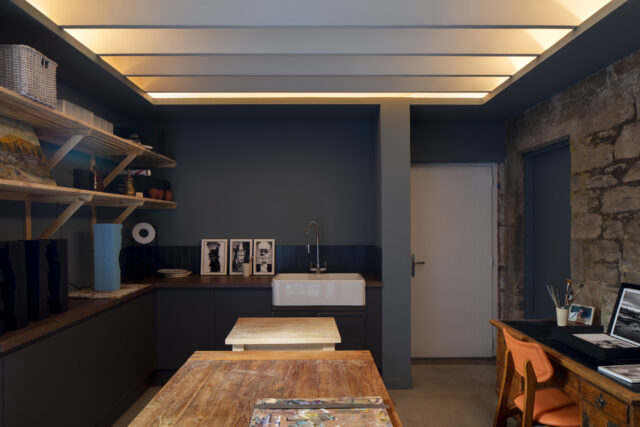 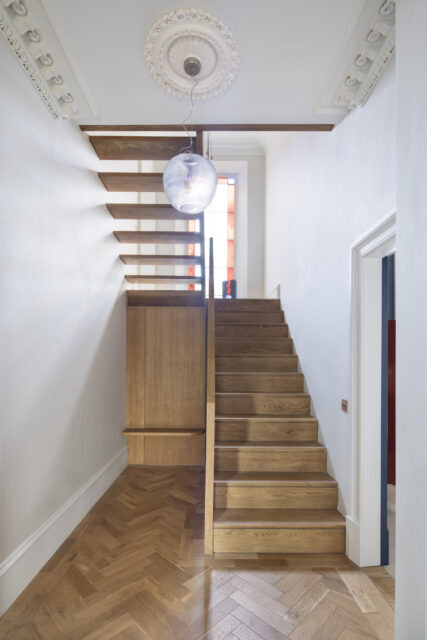 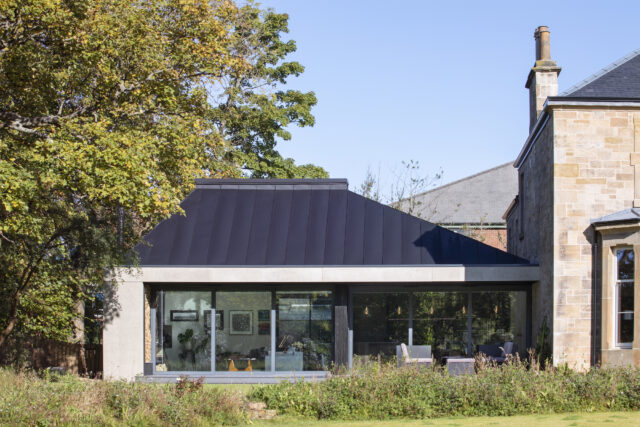 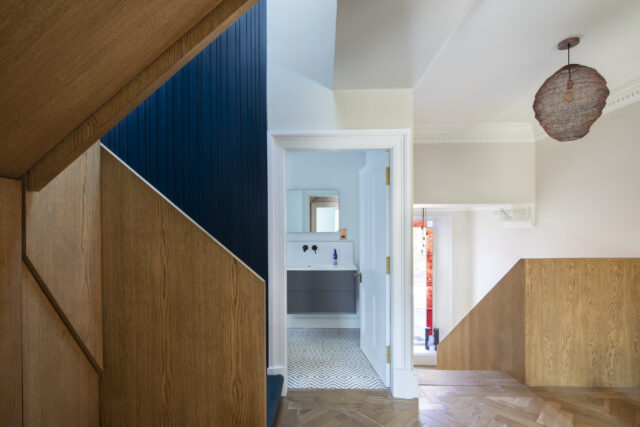 Loader monteith was commissioned by a creative couple - an architect and a ceramicist - to unify a subdivided victorian merchants house in glasgow, turning two separate flats into a bright family home with pottery studio.

The clients wanted an architecturally distinct extension that complemented and contrasted with the existing period villa. The brief also required the house to be future-proofed for independent living in later life, ensuring the home will be enjoyed for many years to come.

To meet the brief, loader monteith designed a striking modern extension with a specially matched cast stone facade, creating visual continuity between each wing of the home. The roof of the extension mimics the existing roof form, slightly offset to accommodate a large rectangular skylight, adding visual interest to the roofscape. The extension is otherwise clad in striking black timber in a strong architectural statement.

The lenzie conservation area is a leafy commuter town primarily comprising two and three storey stone villas. The architects carried out a comprehensive analysis of the area to first understand and secondly develop an appropriate architectural and urban response which would be supported by the east dunbartonshire council. This included looking at commonly used materials, roof profiles, architectural massing, the format of windows, the relationship to the prevailing weather, and the use of decoration and ornaments.

The modern interventions - black cladding, large glazed elevations - are located on the hidden sides of the house, away from the primary road. They are tucked away in a stable-style courtyard which was historically prevalent throughout the area. The materials choices provide an echo of the original architecture that characterises the lenzie conservation area, and as a result, the extension reads as a sleek contemporary shadow to the original stone villa.

Many original period features and materials were conserved, restored and salvaged, including the fireplaces and cast iron radiators now helping to keep the house cosy throughout the scottish winters. Original parquet flooring was salvaged from the two flats and restored, adding character to the historic wing of the home. The re-use of many original materials and energy-saving systems like ashps means the clients budget could be invested in environmentally conscious choices throughout the house.