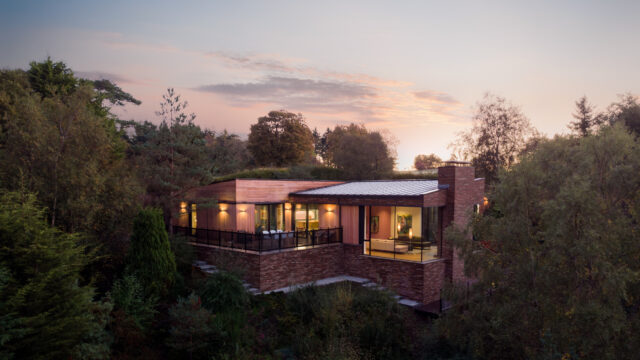 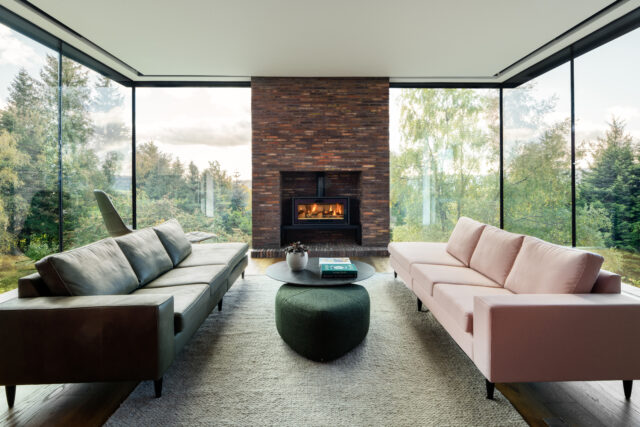 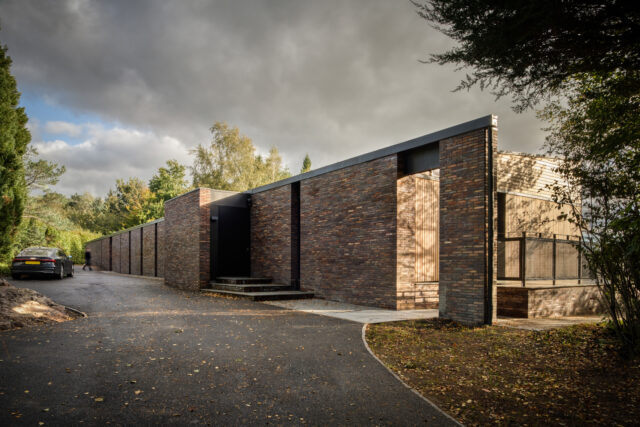 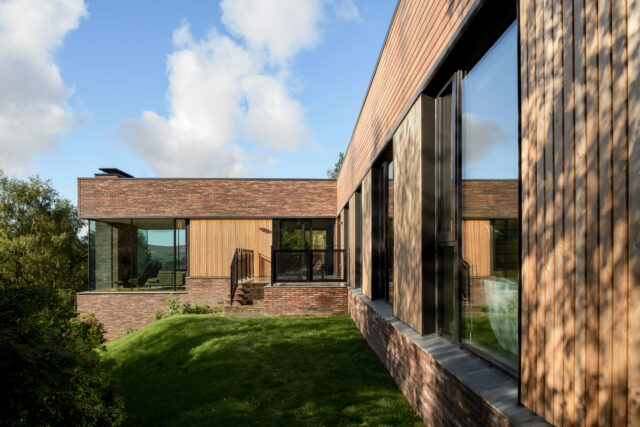 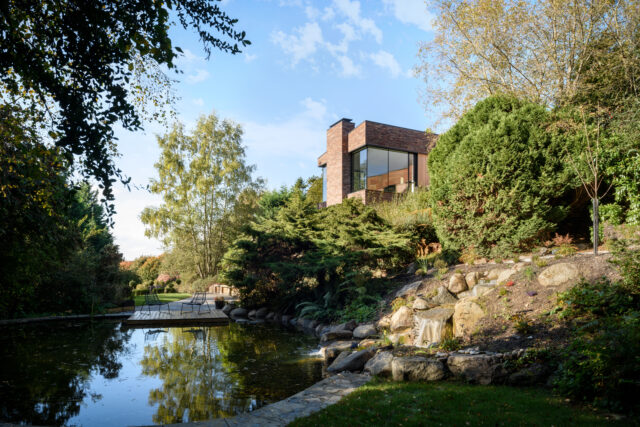 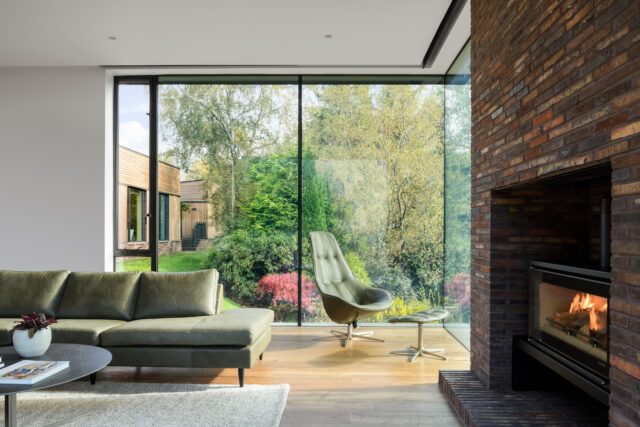 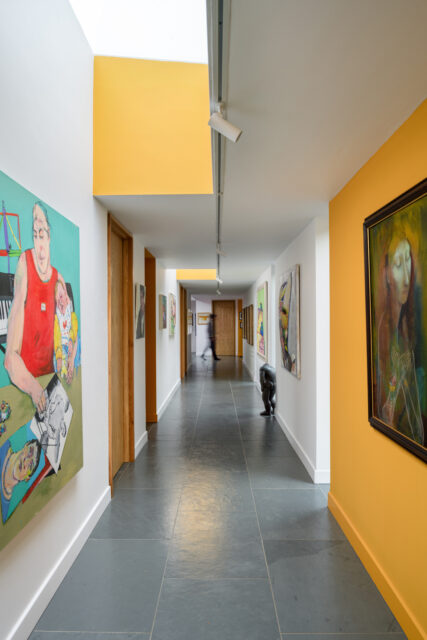 The project brief was for a new house and artist’s studio sitting within an exceptional mature garden. The building would strive to form a series of internal and external spaces which celebrated the different qualities and aspects of the garden and broader views. The house was also to provide a backdrop for the clients to display and enjoy their collection of artworks.

A narrow lane leading to the site gave away little of the extraordinary garden and wider views. Winding paths and stairs led you through mature trees and shrubs, arriving at an enchanting pond. The sense of discovery and unveiling of the garden was one of the critical qualities of the site that initially appealed to the client and became an integral part of the design.

The idea of the house acting as the wall of a secret garden formed part of early design discussions and site visits. This was realised with a long and solid north wall which is stepped out to identify the entrance to the property and is broken by openings leading to the external spaces and the garden beyond. Behind this wall, a long top-lit gallery space displays the client's art collection and acts as the main route between the living space, bedrooms, and studio space.

As you move into and around the house, the views to the garden and beyond are gradually revealed and framed through carefully positioned openings - the main living space offering the most dramatic panorama only interrupted by a feature fireplace. The kitchen and living spaces connect to two outdoor terraces which catch the morning and evening sun. The studio opens onto a more sheltered and private courtyard which separates the house and studio.

Natural and hard-wearing materials, which would age gracefully, were selected for the house. A coal-fired brick was used, which picked up on the red tones of the site’s igneous rock, the coal firing process leaving a beautiful and varied finish with no two bricks the same. The brick is balanced with a lighter untreated larch cladding used on the east, south and west elevations. Over time the ageing and silvering of the cladding will allow the house to further blend into its setting.

The client’s colour and curation of artwork complete the internal spaces to create a bold and vibrant interior that contrasts the subtle and natural tones of the architecture and its surroundings.